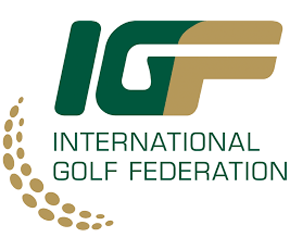 So who is in the field?

This week it’s the men playing, while the woman will be playing the same course next week. Both contests comprise 60 players each off of the World Rankings and Rolex Woman’s ranking.

The average ranking of all 60 players is 133; there are six players that are ranked above 300 with Jose-Filipe Lima of Portugal being the highest player in the field at 405.  There are about a dozen very obscure players that very few have ever heard of like Irishman Seamus Power who as a professional has only played on the Web.Com Tour.  But in 17 starts he has a victory at the United Leasing Championship and is 9th on the Web.Com Tour money list.  There are also about a dozen Asian Tour players like Bangladeshi Siddikur Rahman, who has yet to play on the PGA Tour but has been a member of the Asian Tour since 2009

What is the format?

It’s a 72 hole stroke play format, just like the rest of the tournaments around the world. Everybody has an opinion on how this could be better, from a team event to a match play to Stableford format. So for Thursday, Friday and Saturday there isn’t anything different in watching this competition than watching any other tournament week after week.

Still there is one important element that will spark people’s interest watching on Sunday. That is the format with only three prizes, a Gold medal, Silver medal and Bronze medal. It’s the closest event in which it’s all about winning and for three players they will achieve glory while the other 57 will go home with nothing to show for their week. That will make it worthwhile to watch.
It’s a mindset we don’t see much of in which only three players will get the prizes. For those players leading on Sunday, will they play conservatively? And for those going into the back nine two, three or four shots back they will have nothing to lose in shooting for the pins and trying to make as many birdies to get them back in contention. This will spell a lot of excitement, so Sunday will be some great theater especially if you have a bunch up leaderboard.

Another thing of interest, in the age in which someone plays in the Masters and misses the cut getting $10,000, or the U.S. Open and get $3,000, they will be playing for nothing but a medal. So in a regular tournament a player like Jim Furyk that is at the bottom of the leaderboard, a normal round would of meant winning around $14,000.  But with him shooting 58 he ended up finishing T-5th and winning $231,825.  But if this was the Olympics, Furyk would of had nothing to show, other than the great round if this happened on Olympic Sunday.

So if you shoot yourself out of the tournament on Thursday, it could be a hard next three days. Another aspect of this week, just like the Ryder Cup there is no prize money. Now for most of the athletes playing in the Olympics, their expenses are covered to go down to Brazil by their host country. That is up to a limit. For guys like Bubba Watson who are used to flying on private planes and staying in the best hotels, and eating at Ruth Chris every night I doubt very much that the organizing party is footing the bill for some of the expenses, so this could be an expensive week for players. They also have to play their caddies, so at the end of the day, some players could be out thousands of dollars just to play for their country.

Who’s Hot in the field for the Olympics

Who’s Not Hot in the field for the Olympics

So what about the course?

The official name of the course is Campo Olimpico de Golfe; it’s location is 20 miles south of downtown Rio de Janiero and five miles from the Olympic village. When golf became an Olympic sport, the first big problem was to find a course to play in Rio. They had just two courses and done of them were championship caliber to hold the event. So the course was built with Gil Hanse getting the job of designing and making sure the course was built the way he wanted it done. He was given some land that is next to the ocean but was loaded with saltwater marshes and lagoons. With the land being flat and sand base it’s a links-style course.

It will be interesting how the course plays and who has the advantage. In looking at it, the course isn’t that long at a par 71 and 7,128. With four reachable par 5s and only four par 4s over 440 yards, I sense that this could be a bombers delight. The course is tree-less and has no rough, but if you miss the fairway, you will get tangled up with some sand and scrub brush off the fairway. What organizers are hoping for is the wind blowing off the Atlantic. In talking with some folks that live nearby, they say the wind regularly blows in the afternoon from 15 to 30 mph.

So it’s safe to say that those that hit it long and can play in wind have the advantage.

So who should do well this week?

I have to think that Henrik Stenson, Sergio Garcia, and Bubba Watson will be the favorites.  All of them hit it a long way and can handle the wind.  I also like Justin Rose and Patrick Reed.  As for long shots watch out for Thongchai Jaidee and Soren Kjeldsen, but I will be interesting to see how Jaco Van Zyl plays.  He is the player that gave up spots in the British Open and PGA Championship to get ready for this week, so if he comes up, empty handed it will be months of wasted work for nothing.  Also watch for guys like Fabian Gomez, Jhonattan Vegas, and Yuta Ikeda.  I would also like to see some of those “unknowns” like Seamus Power, Roope Kakko and Jose-Filipe Lima show that they have some game and belong in this competition.  As we know golf is a fickle game and every tournament has that unknow that seems to find his way to the top of the leaderboard.  So you have to know that there will be some drama on Sunday if an unknown is in the lead or close, making this well worth watching on Sunday afternoon.