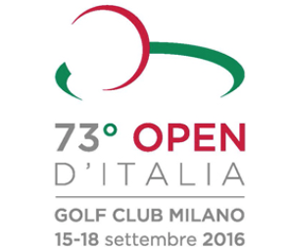 One thing to look for is our new GOLFstats IQ.  For those that play in fantasy golf it’s a perfect way to help you pick those players in Draft Kings and Victiv games.  You can customize the list of those in the tournaments, to look back a couple or many years of tournament stats and you can go back a couple or ten weeks prior to the tournament.  On top of that, all the stats are fully sortable to help you pick your six players, we even give you their value for the week to help you chose.

That’s GOLFstats IQ, give it a try and tell us what you think of it

24/7 GOLF is no more.  We have retired the name and the app for a new and better app for golf.  So check out

Still get Total Golf Knowledge At Your Fingertips

with over 2.1 million records updated daily and available for your Iphone or Ipad.

We have improved the app to not only give you Golf History, results and records but GOLF IQ provides weekly tournament previews, Key Stats and and picks for Fantasy Golf!

So if you own a Iphone or a Ipad we have developed a perfect app called GOLF IQ.

Who’s Hot in the field for the Italian Open

Who’s Not Hot in the field for the Italian Open

The national open of Italy, this event was first started in 1925 when Italian Francesco Pasquali won.  There will be a lot of pride as the Italians try to win their championship, the last Italian to win was Francesco Molinari in 2006.  He was the first Italian champion since Massimo Mannelli won in 1980 and the seventh Italian winner of this championship.

This year’s event has a special date, it’s one of the last events for players to get ready for the Ryder Cup.  Martin Kaymer, Matthew Fitzpatrick, Andy Sullivan, Rafael Cabrera-Bello and Chris Wood are in Italy to play this week.  Talking about Italy, this event has had a sizeable increase in prize money from 2 million euro last year to 3 million this year.  That’s because Italy is now deeply involved in the Ryder Cup since it’s going to be the home country in 2022.

It’s been 40 weeks since we didn’t have a PGA Tour event to watch and bet on.  But for those that like fantasy golf, Draft Kings does do European Tour events so you can go over and try and pick the best six players from this week’s Italian Open.

What about Golf Club Milano

The mystic of this tournament is that Edoardo and Francesco Molinari honed their games up the road on Golf Club Torino’s two course.  The Golf Club Milano, born in 1928, is one of the oldest and most prestigious Italian clubs. It was designed, with later additions, within the stately Monza Park just north of Milan.  The course is flat and parkland in nature with a lot of mature trees getting in players way if drives are wayward.  In looking at last year’s Italian Open played at Golf Club Milano, the number that really sticks out is how the players tore into the par 5s.  Winner Rikard Karlberg was 9 under while runner-up Martin Kaymer was 12 under and Joakim Lagergren who was in 3rd was 14 under.  Also in 3rd place and at 13 under on the par 5s was Danny Willett and Fabrizio Zanotti.  Also interesting to see how this year’s Ryder Cup players did well last year.  Martin Kaymer was 2nd, Matthew Fitzpatrick was T-3rd along with Danny Willett who isn’t playing in this week’s Italian Open.

Key stat for the players to win this week:

Who to watch for at the Italian Open

He had a terrible summer and hasn’t had a top-ten since his 3rd place finish at the BMW PGA. But he played ok at the Olympics and was T-12th at the European Masters so his game seems to be coming back. Was T-3rd last year, just one back of the winner so look for him to do well.

He also is playing better and was 2nd last year losing a playoff to Rikard Karlberg.

Top-10s in his last three starts, was T-3rd last year on this same course.

Has been on fire and I can see the good play continuing.

Another playing well, Luiten didn’t play last year but does have two top-tens in Italy.

Has had a great year and just looking for the win to really make it special.

Playing in this event for the first time, game has come around and he is playing well, finishing 3rd last week at the KLM Open.

Have to include one Italian in the list, you know he will play hard in his national championship.

He would love to prove himself with a victory this week.

A guy to watch, was T-3rd last year in this event and has played well of late.

May sound Italian but from Paraguay, he has been very consistent this year and finished T-3rd last year.

Has played well in Italy and was T-4th at the KLM.

May of missed the cut in Italy last year but finished T-4th last week in the KLM.