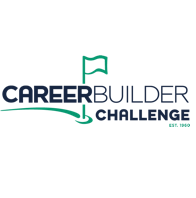 Last year there was 10 top-50 players in the field.

Who’s Hot in the field for the CareerBuilder Challenge

Who’s Not Hot in the field for the CareerBuilder Challenge

Amazing how much this event has climbed in popularity on the PGA Tour.  When this tournament ended after 2011 with no sponsor and many players not interested in playing the event, many thought that this event was finished.  But that wasn’t the case, Tim Finchem and the Tour hunkered down and help the tournament work an arrangement with Bill Clinton to get his foundation involved and then got Humana to take over sponsorship.  The format changed from a 90 hole tournament to 72 holes which help coax more players to attend.  Even with Humana leaving as the sponsor, the tour was able to get CareerBuilder to step in and take over for six years, so the event is on very firm foundation

Another thing that happened last year, and that was to bring the Stadium Course out of retirement after it was announced that long time home the Palmer private along with Nicklaus private didn’t want to be a part of the tournament.  So the tournament returned to the Pete Dye PGA West TPC Stadium Course, which held the event 30 years ago.  Back then the course was stunning on television but the players hated it.  In the age of persimmon drivers and balata balls the players thought the course was too hard and “gimmicky” with it’s island green, 20-foot-deep bunkers, a green completely surrounded by a nine foot moat style bunker.  Hitting drives was demanding because if the fairways were missed, the chances were good of the ball being in a bush or behind a tree.  The course was the most penal course in the Palm Springs area and the country.  On top of that the players hated  how long it took to play.  Playing alongside amateurs it took over six hours to get around.

The course was demonized by the players as being too hard and it was.  Over the course of the last 20 years, all the courses that have held the CareerBuilders are always ranked on the bottom of the list and the courses are know as places to make lot’s of eagles and birdies.  But that wasn’t the case with PGA West in 1987, the field played it once in the first 72 holes and then the final round was played on it.  So for the week it played to a 74.157 average, over two shots over par for the field.  It ranked as the 7th hardest course that year, the players were so loud in their displeasure that just a couple of days after Corey Pavin won the TPC Stadium Course was dropped by the PGA Tour.

So the question was if players found what in 1987 an impossible course more possible 29 years later.  Over the three decades the course was softened.  Bushes and small trees that use to line the fairways had been removed as the fairways are more generious, the moat bunker at 12 is gone and with golf equipment better and the course gaining only 190 yards, it still looked speculator on TV but didn’t kill the pros  Last year the course played to an average of 70.818 making it the 41st hardest of 50 courses.  While in 1987 16 of the 18 holes played over par, in 2016 only seven of the 18 holes played over par.  More importunely the players loved playing the course and many thought it was one of the best courses of the year.  So last year the course was the star of the week and this week it will be as loved as it was last year.

Yes Bob Hope would be proud today that the tournament that looked like it was dead soon after he died is now very popular and players have no reason to avoid it anymore.  Another thing the PGA Tour has really changed over the years.  We saw the last two weeks as how 23 year-old Justin Thomas dominated the world of golf winning both the SBS Tournament of Champions and the Sony Open.  This week has a mix of the new breed of future PGA Tour stars, players like Jon Rahm, Bryson DeChambeau and Luke List are in the field along with proven stars like Patrick Reed, Zach Johnson and Bill Haas are along for the ride.  This year Phil Mickelson has the official position as tournament ambassador and despite having two off-season hernia operations will try to play.

One last item, for the last five years, former President Bill Clinton has been a part of the CareerBuilders, being at the event shaking hands with players and fans along with handing out the trophy.  But with the end of the event being associated with the Clinton Foundation that means Bill won’t be around.  But it doesn’t mean a president won’t stop by, seems that after Friday’s inauguration the Obama’s are flying out to spend some time in the Palm Springs area.  So you never know if the former president will want to play in Saturday’s pro-am or just watch a little bit of golf as he now has a lot of time on his hands.

A unique event as three courses are used.

PGA West TPC Stadium Course is the home and hold one round during the first three days and host Sundays action:

Other courses used in the Rota:

We won’t have course keys since the event is played on three different courses.

Here are some of the secrets of what it takes to play well at the CareerBuilder Challenge:

Who to watch for at the CareerBuilder Challenge

A past champion in this event, he played well at Kapalua finishing T-6th. He also makes a lot of birdies.

Is 3rd in birdies made in 2017, but I like that he finished T-6th last year and on another desert course finished T-15th in the Shriners Hospitals.

Another past champion who played well last year on the new courses.

Played well last year, in his last two starts was T-6th at the RSM Classic and T-4th at the Sony Open.

Played well last week in Hawaii and has played well in the desert.

He could be a real superstar on this tour, watch him play well this week.

May of missed the cut in Hawaii, but still think that the Stadium Course is right up his alley.

Watch him, his game seems to be coming around.

Another player to watch this week, has played well this year.

Another who plays well in the desert.

Just had a kid but should be ready to go.

Youngster that could bust out at any time, playing in this event for the first time.

I think he can have a breakout year.

A guy that can break out at any time.

Not ready for prime time:

Nice to see him back from double hernia surgery. If he wasn’t the tournament’s ambassador probably wouldn’t be playing yet, he still may not be ready to play.